The International Committee is the Club’s link to the worldwide opportunity of service that Rotary offers. The organisation is found in more than 200 countries worldwide. It is therefore in the unique position of being able to reach people in need all over the planet, from running life-changing projects in developing countries to making an immediate response to disaster hit regions.

In addition, Rotary also has its own charity – The Rotary Foundation – which had its 100 year anniversary in 2017.

The Rotary Foundation supports the improvement of health, of education, and the alleviation of poverty throughout the world. Education is a prime concern of Rotary International and the organisation runs a range of scholarships supporting young people through universities aimed at encouraging personal development while at the same time helping to further world understanding.

Perhaps the most significant single project that Rotary has led has been End Polio Now which aims to tackle Polio. Polio or poliomyelitis is a paralyzing and potentially deadly infectious disease that affects young people but most commonly affects children under the age of 5. Initiated in 1985, Polio Plus, now know as End Polio Now, has the objective of making the world polio free by immunising every child. With over 99% of the world now free of Polio it is on the verge of achieving that, – but polio still currently remains endemic in 3 countries, Afghanistan, Nigeria and Pakistan, so, until the 100% figure is reached, the campaign will go on.

To put this campaign into context it is worth tracing Rotary’s association with polio eradication. It started in 1985 when the “PolioPlus” campaign was launched with an initial pledge by Rotary of US$120 million. By 1988 Rotarians had raised US$247 million more than double the fundraising goal. Inspired in part by Rotary’s initiative, the World Health Assembly passed a resolution to eradicate polio, paving the way for the formation of the Global Polio Eradication Initiative.

The polio cases represented by the remaining one percent are the most difficult to prevent, due to factors including geographical isolation, poor public infrastructure, armed conflict and cultural barriers. Until polio is eradicated, all countries around the world remain at risk of outbreaks.

Every dollar Rotary commits to polio eradication will be matched two-to-one by the Bill & Melinda Gates Foundation. These funds help to provide much-needed operational support, medical personnel, laboratory equipment, and educational materials for health workers and parents. Governments, corporations and private individuals all play a crucial role in funding. 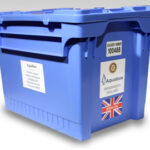 Aquabox is a charity and community project set up and managed by one of our sister clubs, the Rotary Club of Wirksworth, to provide safe drinking water, through the use of filtration units, and humanitarian aid to crisis zones around the world.

Since its formation in 1992, Aquabox has distributed more than 110,000 boxes to countries suffering from natural and man-made disasters, helping hundreds of thousands of people in more than 50 countries.

Our Committee has supported Aquabox in the past and will look for ways to continue that support. 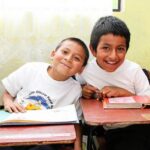 Guatemala’s Central and Western Highlands exhibit one of the most extreme combinations of systemic poverty, illiteracy and low levels of educational attainment in the world. The Guatemala Literacy Project, another International Rotary Project, trains teachers in that region in effective reading instruction and provides them with quality children’s textbooks and literature to help improve the standard of literacy and understanding.

The committee supported this project in 2019 and 2020 and will consider further donations in the future. 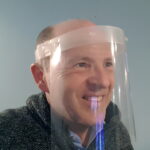 During the Covid 19 Pandemic in 2020 we supported 2 local Foodbanks in Sheffield.

We also arranged the production and distribution of well over 2,000 Face Shields to local Care Homes and Hospital Trust

We either meet at 19.30 on Tuesday evening by Zoom or if meeting at a local venue we meet at 18:30 for dinner.
Please contact us for more specific information.